In Rochester, New York, the last stop on the Underground Railroad, Frederick Douglass published the abolitionist newspaper The North Star, naming it after the icon followed by so many escaped slaves on their journeys to freedom. The paper struggled financially. William Seward, a New York State Senator at the time, contributed five dollars to Douglass’ enterprise in 1850. Five dollars may sound like a paltry sum today, but back then it was the equivalent of about $173.00 today. Six to eight dollars a week was an average wage laborers and carpenters. For more about Frederick Douglass visit the Frederick Douglass Historic Home.

On July 31st, 1850, William Seward received this letter of thanks from Frederick Douglass:

My dear sir. Please accept my sincere thanks, for the donation of five  dollars, which you have kindly made to my struggling press and paper.  I prize the gift all the more and esteem the donor all the more because while I honer honor him from the depths- of my soul, I still have the independence  to differ from him, and he has the  toleration to allow of that of that difference  without making it the cause of his  withholding his sympathy for me in  my humble efforts to liberate and elevate  my long neglected and deeply injured  people. Your time is too fully occupied  with public affairs to justify me in  trespassing upon your time further

– Believe me your humble, but ever  grateful friend.

Frederick Douglass and “The North Star” 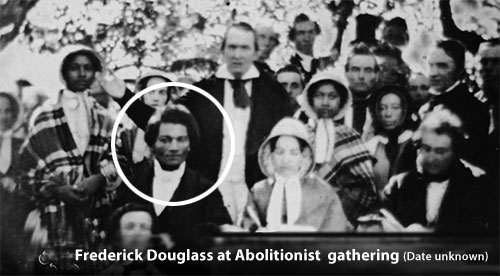 Seward to the Defense

An early justifiable use of an insanity plea

After his term as New York’s 12th Governor (January 1, 1839 – December 31, 1842) Seward returned to practicing law.  It wasn’t long before he was thrust into the spotlight, defending a twenty-three-year-old black man who had confessed to killing a white family of four. A mob had come close to lynching the defendant. As the defense counsel, Seward was warned, he could face retaliation. “There is a busy war around me, to drive me from defending and securing a fair trial for the negro Freeman,” he wrote to his closest adviser, Thurlow Weed. The accused sixteen year old, William Freeman had been wrongly charged with horse stealing and sent to Auburn Prison. There he was beaten with a wooden board until his skull cracked and he lost his hearing. Seward said Freeman “is deaf, deserted, ignorant, and his conduct is unexplainable (sic) on any principle of sanity. It is natural that he trusts me to defend him.” Seward’s wife, Frances, applauded his decision, and assisted him in his research on the insanity defense, a novel legal tactic at the time.

Appalled as he was by the massacre of  “a whole family, just, gentle, and pure,” Seward told the jury that Freeman was “still your brother, and mine, and bears equally with us the proudest inheritance of our race—the image of our Maker.” Freeman was clearly unstable after having been brutalized himself.  The jury was unmoved, and the judge sentenced Freeman to hang. Yet newspapers across the country printed Seward’s courtroom arguments, and they were applauded by a progressive constituency throughout the North. The case helped re-launch his career in politics, a line of work that he described in his memoir as “the important and engrossing business of the country.”

This case was was to commend him to Frederick Douglass and Harriet Tubman in the years to come. Their relationships with the Seward family, especially Frances Seward, add greatly to the luster of the Seward’s progressive legacy.

As a newly arrived senator in 1850, Seward delivered a three-hour denunciation of the odious Fugitive Slave Act. He disagreed with his party elders Clay, Webster, and Calhoun about the extension of slavery. Appealing to the Founders’ principles of union, justice, welfare, and liberty, he announced that “there is a higher law than the Constitution.” He led a generational change in the chamber, where Radical Republicans rejected the compromises the triumvirate had forged on slavery. Seward’s call for the “moral courage to meet this question of emancipation as we ought” and his other unequivocal condemnations of the institution of slavery earned him the reputation for being a radical. That reputation was to cost him the nomination to run as the Republican candidate for the presidency in 1860, in favor of Abraham Lincoln who was considered to be more of a moderate.