Working With Our Community

Early on, The Seward/Mapes Homestead Committee decided to be more than a  building restoration effort. We are interested in American history and want to share  our enthusiasm for the subject. Since 2013 we have sponsored educational programs,  often in partnership with The Florida Union Free School District.

October 24, 2013
Walter Stahr, author of an acclaimed new  biography of William Henry Seward,  presented a lecture and book signing event on Seward that drew an audience of over  130 people. Mr. Stahr had visited the area two years earlier to do research for his book and was pleased to have had the chance to visit the birthplace for the first time. Mr. Stahr’s book, like his earlier biography of John Jay, was widely acclaimed. Since his lecture event at the S. S. Seward Institute in 2013, the distinguished writer and historian has gone on to write biographies of Edwin M. Stanton and Salmon Chase. Visit his website at: walterstahr.com

“Yours For Humanity”:  Abby Kelley Foster

September 18, 2014
Actress Lynn Lydick  portrayed courageous early feminist and civil rights  activist Abby Kelley Foster in a one-woman play. During her lifetime, Abby Kelley Foster followed the motto, “Go where least wanted, for there you are most needed.” A major figure in the national anti-slavery and women’s rights movements, she spent more than twenty years traveling the country as a tireless crusader for social justice and equality for all. The  following day Llynn performed at an assembly attended by 200  Warwick High School students.

July 7, 2014
In an event co-sponsored by the Albert Wisner  Library in Warwick, New York, author  L. Lloyd Stewart lectured about his  genealogical research as an African  American descended from pre-colonial slaves as well as his book about Gradual Abolition in New York entitled “A Far Cry From Freedom”.  In doing so, he shed light on the world William and Frances Seward were born into, when slavery existed in  New York.  In doing so he heightened our appreciation of their early activism on behalf of  Emancipation. He also dispelled any notion that slavery was primarily a southern institution and exposed the odious underpinnings of New York’s “Gradual Emancipation” as it was implemented in our state from 1799 to 1827.

March 19, 2015
Renown expert on civil War Medicine  Carloyn Ivanoff, gave a graphic lecture  on Civil War medicine emphasizing the  fact that the war’s doctors were quite  accomplished for their time, saving the  lives of many soldiers, including our own Capt. William E. Mapes.

May 27, 2015
As the second part of our series on the Civil War, and to honor Captain Mapes by dedicating a memorial plaque in his honor, noted “Orange Blossoms” historian and  author Charles J. LaRocca delivered a  lecture on Captain Mapes’ Regiment, service and feisty personality.

November 20, 2015
Professor Andrea J. Foroughi gave a presentation about the gender roles and social norms of 19th Century America as expressed through the art and political cartoons of the  period. William H. Seward, as well as president Lincoln, were often caricatured and derided.

Nurses, Soldiers, Spies and More… Meet the Women of the Civil War

Lecturer and re-enactor Yvonne Bigney proved to us that Civil War women were more than the demure, delicate belles  depicted in “Gone with the Wind” and a lot of popular fiction. They were, in fact, soldiers, nurses, spies and a LOT more! The event was very well attended.

October 27, 2018
Historian Carolyn Ivanoff presented “Ghosts of Gettysburg Battlefield”, an  overview and description of the horrific three day battle. Members of the audience were left to form their own conclusions about ghostly images caught on film.  In March of 2015, Carolyn presented a  program on Civil War medicine.

March 14, 2019
In 1848, the first women’s rights convention was held in Seneca Falls, New York. But it wasn’t until 1920 that the 19th Amendment was ratified, giving American women the right to vote. Our guest speaker, Carolyn Ivanoff, presented her program in period clothing to commemorate the titanic struggle for suffrage. Told through period photos, political cartoons and editorials, Carolyn’s presentation was as engaging as her previous presentations entitled Civil War Medicine and The Ghosts of Gettysburg. 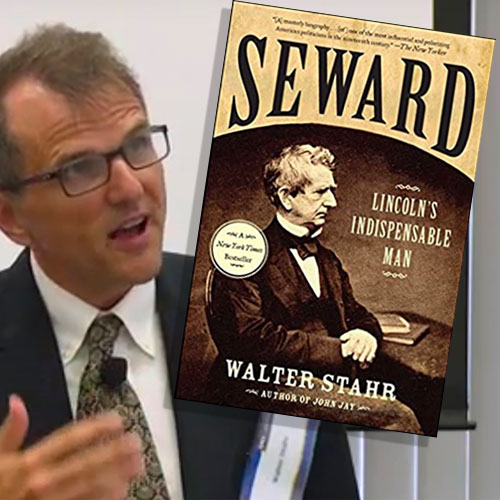 Walter Stahr was our first guest speaker shortly after The Seward/Mapes Homestead Restoration Committee formed in 2011. His well received biography of Seward, the first in thirty years. 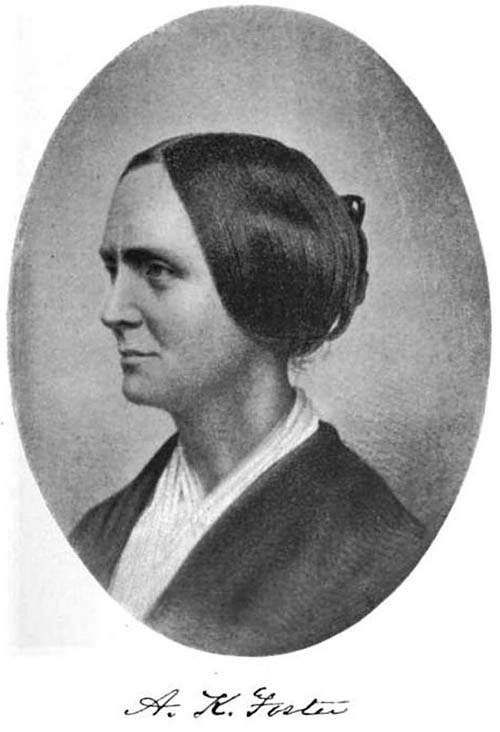 As a tireless crusader for social justice and equality for all., Abby Kelley Foster followed the motto, “Go where least wanted, for there you are most needed.” 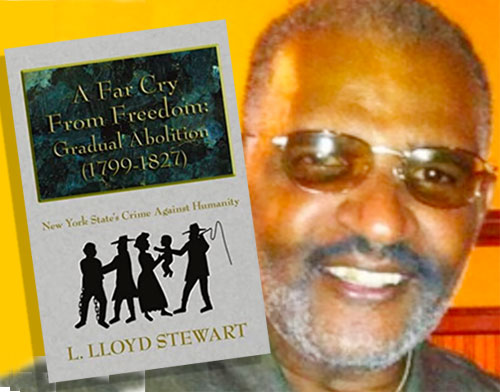 Activist and author explained how New York State’s “Gradual Emancipation” from 1799 to 1827 was a “crime against humanity” falsely depicted as a humanitarian approach to ending slavery. 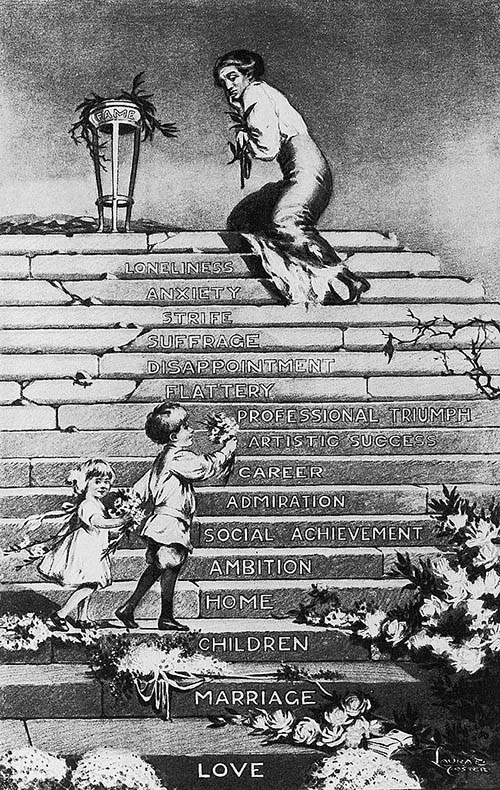 This early 20th Century cartoon displayed by Carolyn Ivanoff in her talk about the Suffragettts best represents the prevailing attitude of disapproval facing women who challenged society’s social norms. 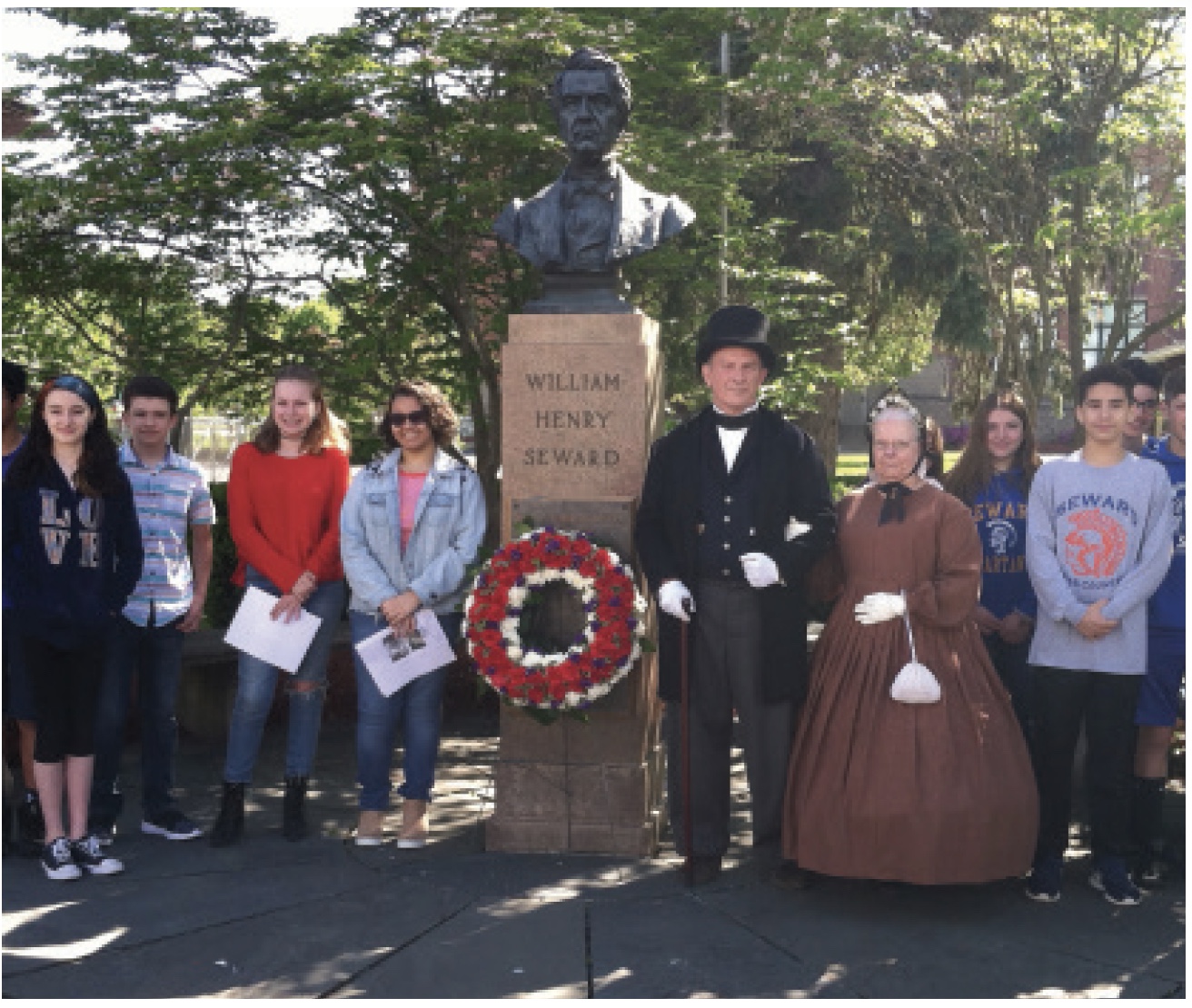 Unfortunately, we had to cancel the celebration of the 220th Anniversary of the birth of our native son William Henry Seward. Like everyone, we hope the pandemic will be history by 2021. We aspire to be an educational asset to the Village of Florida and Orange County, New York. Take a look at the many educational programs we have had in the past: