In 2010, a two acre parcel of property in the center of the Village of Florida, Orange County, was entrusted to the Village by the Town of Warwick. The Village of Florida is a municipality within the Town of Warwick. The site had been largely neglected for nearly fifteen years, but was deemed to have significant historic value. It is what remains of the birthplace of William Henry Seward, former Governor and Senator of New York, Secretary of State in the Lincoln administration and driving force behind the purchase of Alaska in 1867. On the same land is another house, known as the Mapes House named after Horace Mapes, the man who had it built for his family in 1887. It is a Queen Anne style Victorian with many of its original features still intact, having served as a funeral parlor for a good part of the last century.

In early 2009 Mrs. Anne T. Higgs, the owner of the Seward homestead and the Mapes house, began to seriously consider selling the property to the village of Florida. The primary obstacle was obtaining the money needed to purchase the property. That was resolved when the Warwick Town Board agreed to fund the purchase from the Community Preservation Fund.

On June 2, 2010, Florida Mayor Jim Pawliczek called a public meeting to discuss the next steps in the restoration. Since then several meetings have been held to discuss how to organize the restoration of both the Seward birthplace and the Mapes House. Committees have been organized and dates have been set to have volunteers clean up the grounds. Mayor Pawliczek said, “We don’t want this to be a burden to the village taxpayers”.

The hard working members of the Grant Committee have already submitted a request for matching funds and applications will be made for other grants and also for Landmark status. The ultimate goal is to restore the Mapes house so it can be used for community groups and events. The Seward birthplace would become a museum and an educational center and the land surrounding it a park with cobblestone walkways and benches. When the restoration is completed it will be an asset to the Village of Florida and the Town of Warwick. It will provide tourists with a destination worth visiting , an educational opportunity for students and adults and bring additional income to the area. 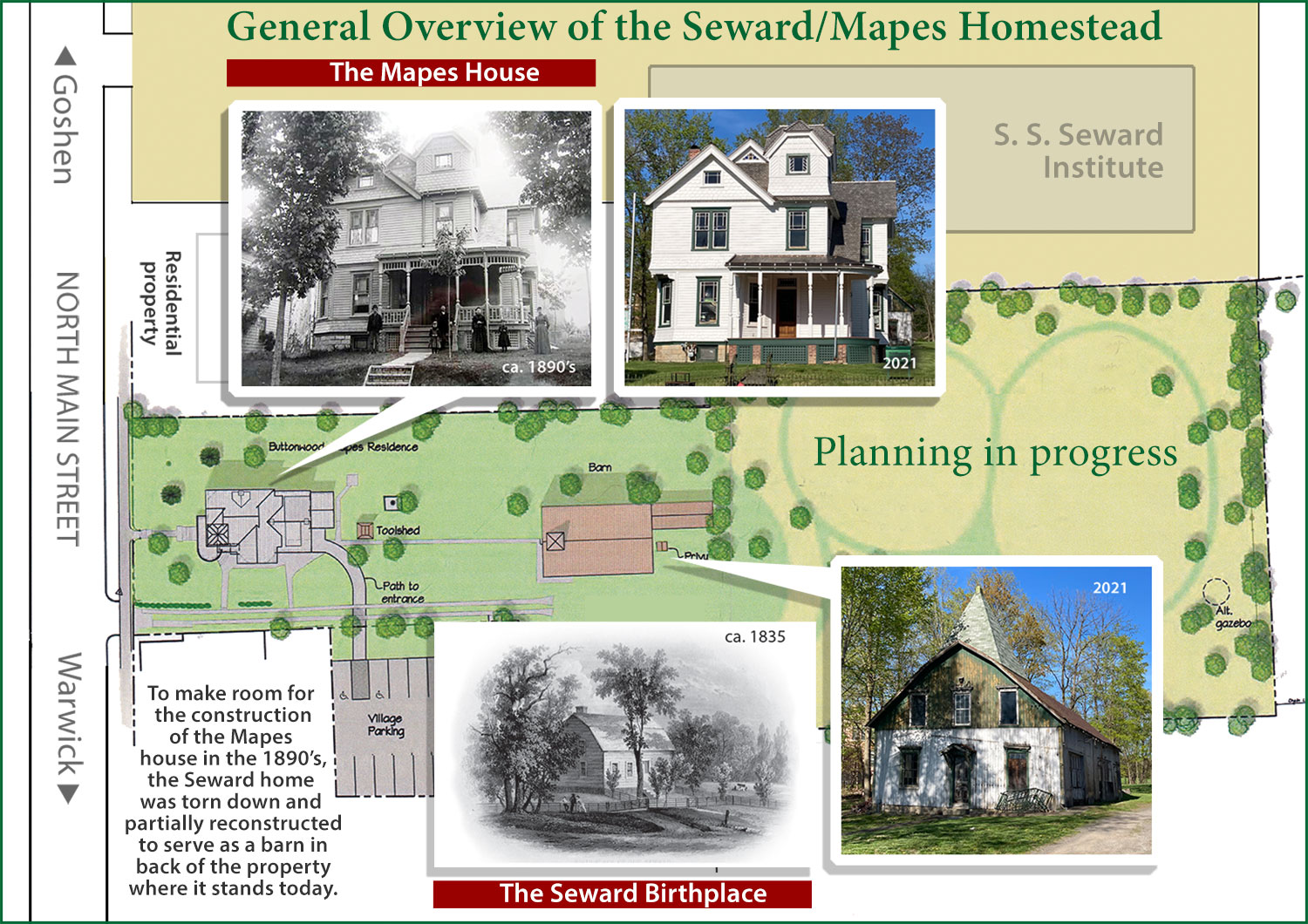